You are here: Home / Disney / A BLOGGERS GUIDE TO DISNEY 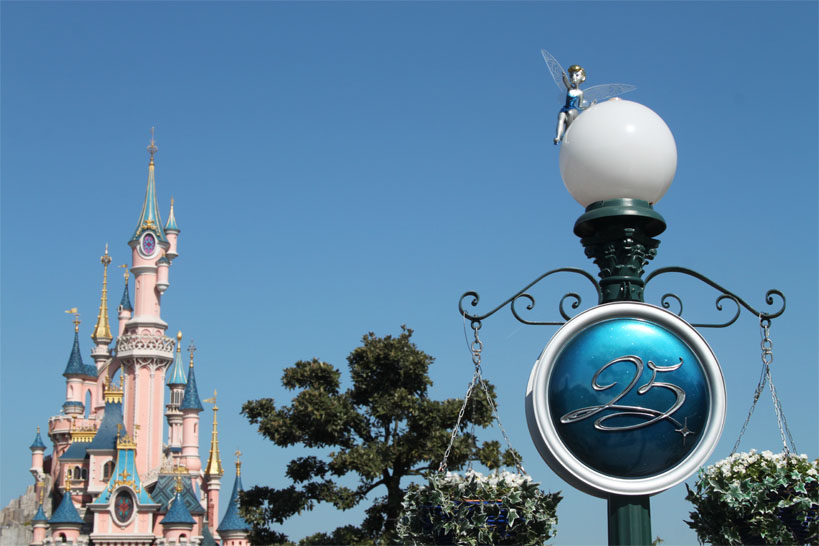 I was sitting and thinking at my full time job, reminiscing about my times to Paris and it suddenly dawned on me that I had never done a guide to Disney. If you know me outside of this blog, you will know that many people roll their eyes when I even mention the word, “Oh god, here she goes again!”…oops! I think it might of even reached the point where the word “Disney” is now banned from the office space. So, let us get on with A Bloggers Guide to Disney!

This post will be based mostly on Paris experiences but I have been to other parks and tried to include them in this guide too.

If you want the Disney Experience but do not want to pay for the price tag.

It goes without saying that a trip to Disney is a truly magical thing, however to stay in a Disney Hotel the price tag completely shoots up. With my recent trip to Disney, a single day ticket cost me just £40 for one park. I bought these tickets online, on the official website and picked an “off season” day.

Disney does not have to be expensive and if it is a day trip, you can catch the RER A Paris Metro Line straight to the park and it takes an hour or so. The station name also has a little Mickey Mouse silhouette and the Metro ticket does not cost extra money just because you are going to Disney. At just €7 per person (as of December 2017) for a single one way ticket, this price is definitely worth it!

Disclaimer: Mickey/Hollywood studios is not my thing and the amount of time spent in the Magic Kingdom I usually don’t have time to go in there after one day. I stopped buying this ticket as I felt like I was wasting my money.

Be prepared to spend a lot of money on food or bring your own.

Although slightly obvious, this is something we all tend to forget or deliberately ignore but food and drinks in Disney are painfully expensive and not varied enough. Although vegetarian options are available, most of the food available is fried food. Think hot dogs, chips, burgers, etc. One meal is enough fried food for me. However, If you are spending more than one day in the parks, I really recommend you bring your own lunch and snacks.

The food choices vary more if we are talking about different parks in America. That being said, peak time for food anywhere is between 12-2pm, so if you want to avoid queues, definitely consider eating earlier or having a really late lunch! I usually go for lunch at 11am to avoid waiting too long. I took a photo for the average seasonal menu in Paris below (Dec 17). 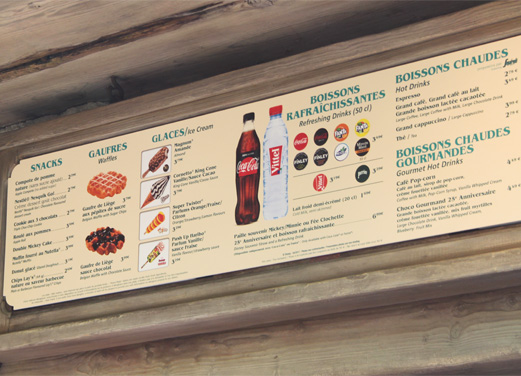 Get a temporary hobby while in the parks.

Something a little bit fun and adds a little extra to your experience! Consider something like Pin Trading or deliberately going to get autographs/photos from the characters. It adds a little extra to the experience. Also, most staff in the parks carry around a little lanyard with their favourite pins on! They will often trade if you ask. If you are new to pin trading, rare badges are often the same price as the usual ones. I strongly believe (read: hope) they will be worth something in the future. I have spent far too much money on this addiction for it to be reasonable now. These badges are also based off holidays, events, etc. so can make a unique gift for someone!

Stay for the fireworks.

Sometimes you’re too tired, you have been walking around for 10 hours, your child has had numerous toilet accidents, your significant other is on a sugar high and giving your child’s energy a run for their money and finally the cherry on top, it has just rained and you were not prepared. I promise you, it is always worth it. I am not one of those people who wait at the front for 2 hours and secure a good spot either. Honestly? Even if you are standing far back you can still see and feel the magic!

Unfortunately this is something you have to deal with even if you are on an off peak ticket. I went in term time and still found myself queuing for the Buzz Lightyear ride for over an hour. I’ve heard a lot of things about the Disney Parks App and followed suit this time by downloading it. I think there is one for every Disney park around the world and it is super handy. This will tell you the wait times for each ride and you can even make dinner reservations in advance.

I can only speak for Paris when I say this but you are not allowed to use Selfie Sticks in the parks any more. I think this is more for the fireworks show and peoples complaints than your selfies but I am happy to follow this rule. They do not take them off you and you are able to take them inside regardless but I am not a rule breaker and I would rather not run the risk of being told off/escorted out the park for not following a simple rule!

If you are staying in a Disney Hotel (whether that is America or Paris) there is shuttle busses that take you directly to the park. These are free and you can just jump on and off. 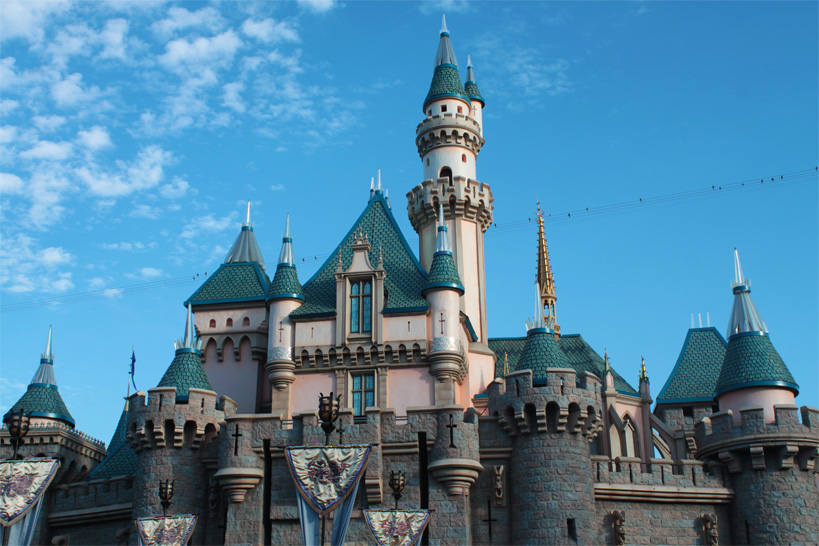 If you are at Disney Land Paris, you get 3 fast track opportunities with a regular ticket! (I have not tried this myself but just to double check I have checked online and the website confirms this to be the case!) These can be used every 2 hours. Also, Peter Pan’s Flight fast track finishes for the day about 14.30/15.00pm in Paris. Due to it being one of the most popular ride and always has a wait time of 45 minutes+. I’d say go there first and grab your fast track time!

You do not have to purchase photo pass to have a photo with the characters. If you have to go inside a building for a character and when they are at their official station outside, the staff allow you to take several photos first and then they take the photos for photo pass.

I did not know this the first few times I went to Disney but if you are staying in a Disney Hotel (anywhere in the world) then The Magic Kingdom have extra magic hours. This allows Disney Hotel guests entrance in to the park 2 hours before the general public are allowed in. This is only on certain dates so please double check first!

I hope you enjoyed my guide and found it a little bit helpful. I often went to the parks and was clueless to all these little things, but I want you guys to have a good experience! Let me know if this helps you :)!